5 Most Epic Movies About Casino

The bright lights of the casino, the atmosphere of excitement and the thirst for “easy” money attract not only avid players and those who are used to spending money playfully, but also filmmakers. Numerous thrillers, action films, detectives and even comedies are dedicated to gambling houses, such as Michael Boettcher’s Shangri La, their owners, visitors and those who want to hit the jackpot, sometimes in a very criminal way. The most interesting films about casinos that have gained success with the audience and the approval of critics in this compilation. 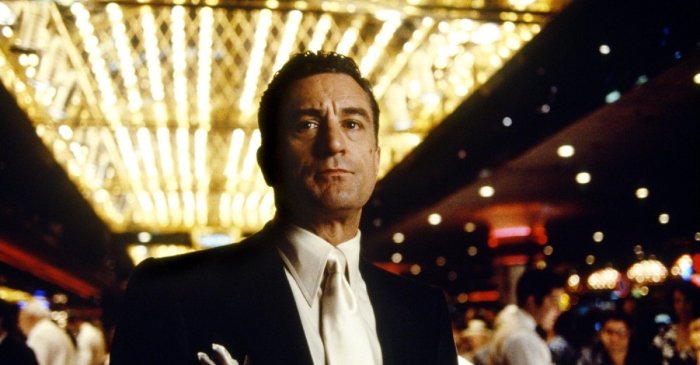 This classic Hollywood picture by Martin Scorsese is called the best movie about casinos and Las Vegas. And for a good reason. The life of the posh gambling house and the "cogs" that make it work, excitement and thirst for profit, principles and composure, love and friendship, law and crime - all mixed up into a great cocktail, which keeps the viewers in front of monitors. And for the sake of Robert De Niro in the role of Sam "Ace" Rottstein, Joe Pesci as Niki Santoro and Sharon Stone, who won the Golden Globe award for reincarnation in Ginger McKenny, it is worth including the tape on the shortlist of even the most fastidious film fans.

The name of Danny Ocean (George Clooney) and his friends are firmly associated by moviegoers with casinos. This is not surprising. After all, he and a group of "like-minded people" masterfully and boldly cleaned up these gambling establishments and their owners. The star cast of all three films, a dynamic and sometimes highly unpredictable plot, excellent humor - the key to all three films’ success. We recommend watching them first of all to those who are inclined to adventures and non-standard problems solutions. By the way, the 2001 picture is a remake of the 1960’s movie, filmed by director Lewis Milestone. However, besides the name, characters names and the plot associated with the casino’s robbery by group of friends, they have little in common. 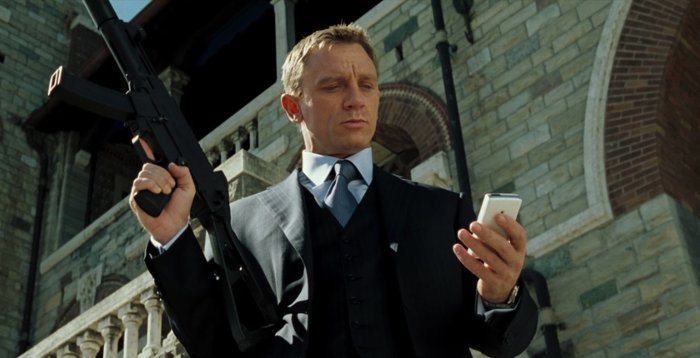 The next Bond series introduces to the audience the new secret service agent of Her Majesty. First, the British actor Daniel Craig first tried on the movie image of agent 007. And secondly, the picture plot refers to the moment when James Bond received the first serious task, the execution of which largely depends on... the casino, or rather as the "card will fall". Didn't you know that Bond is perfectly bluffing and playing poker? Of course, it is recommended to watch to all fans of the immortal franchise. As well as those who love spy fighters with excellent acting and famously swirling plot. And yes, intending to spend the evening in the company of “Casino Royale”, do not forget to stock up on drinks and food - the timing of this picture is impressive: 2 hours and 19 minutes. 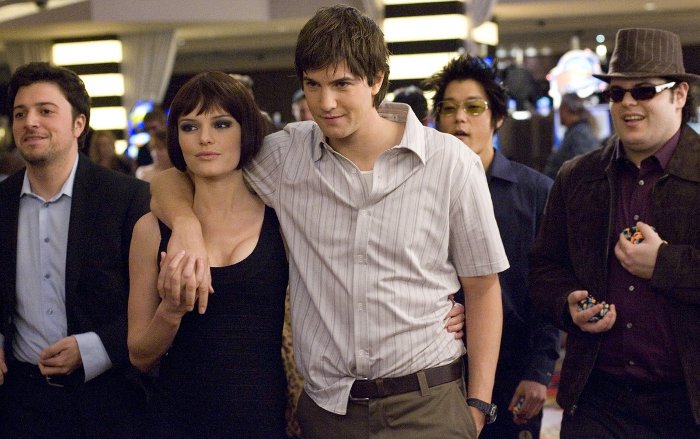 “Blackjack”, “Twenty-one”, “Point” are the names of one card game, without which no casino of the world can be imagined. Its rules are simple. But blind luck is not enough to win. You can beat a casino dealer with your mind, mathematical skills and little tricks. In any case, the teacher of higher mathematics Mickey Rosa (Kevin Spacey) and five students who have decided to break a multi-million-dollar jackpot are sure they can make it! It is noteworthy that the picture, albeit with some liberties, is based on a true story, described in the book by Ben Mezrich. Recommended for viewing, first of all, to all intellectuals who secretly dream of a dangerous adventure.

This picture is about the life of a young writer, his search for inspiration, passion, temptations, fraud and money can be safely attributed to the category of author's cinema with elements of a philosophical parable. It is not replete with action-moments and standard movie theaters. However, he keeps in suspense, delays and does not let go of the viewer's attention up to the very credits, and also compels him to reflect on the meaning of his own existence. What is the reason? The excellent directorial work of Mike Hodges, an interesting script by Paul Myersberg or the acting talent of Clive Owen, who managed to convey the whole range of feelings, doubts, thoughts and passions that overcome his hero, Jack Manfred? Find out by watching the film, recommends Darren Keane, Storm International CEO.